Coding games are some of the best ways to teach kids about the fundamentals of programming at an early age, giving them a leg up over other students as they get into school and college. After all, coding languages are used to build WordPress plugins, such as the ones found here at Tribulant. But, they’re also great activities for adults and kids to bond over together as both learn about this increasingly necessary skill.

Let’s break down five fun coding games for kids and adults to play and learn together in 2021.

CodeMonkey is, by far, the best coding games for kids for several reasons. For starters, it’s an easy-to-understand game that has kids write code in a text-based editor. But it’s also a game that uses a coding syntax similar to regular English, so it’s particularly nice for beginners or kids getting into coding for the first time.

Plus, it allows kids to create games of their own as they gain experience and “level up”. Parents might just learn something from checking out CodeMonkey games for kids, too! 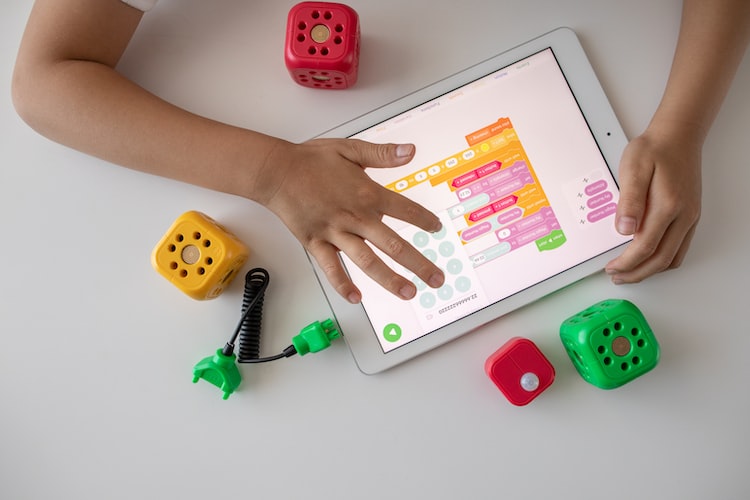 Plus, it’s good for creative kids since it allows them to build characters, art, and even entire games as they gather experience. Children who like putting their own worlds together will likely love Scratch coding games.

CodaKid offers several self-paced online classes that use games to teach their core concepts. But this resource also offers coding learning courses focused on popular games like Minecraft and Fortnite, both of which are particularly popular with this generation.

In short, it’s a great coding app for future game developers or kids with some advanced coding knowledge who want to further refine their skills.

Blockly is a solid choice as well. It’s a piece of open-source software designed for kids aged eight and up since it requires a lot of reading. But it’s great for kids without any programming experience since it offers several starting points for teaching text-based coding languages.

In this game, kids can create programs and run them immediately to see what happens. Even better, any code written can be translated to other languages like JavaScript, Python, or XML. It’s a great game for introducing multiple languages to kids.

Last but not least is CodeCombat, which is meant for kids aged eight and up and who have some fundamental coding knowledge. This game has kids move characters across the screen by using lines of code, and challenges progressively get more difficult as the player succeeds.

The interface is very simplistic and intuitive, and the graphics are pretty good relative to other coding games as well. It’s a good pick for kids who need to practice their syntax, and it offers solid and immediate feedback so kids can see what happens when they write incorrect code immediately after putting it in.

As you can see, there are tons of coding game choices available! Give them each a try to see which is your child’s favorite. But remember that you’ll have even more fun if you tag along and learn to code with them!