How to Stop and Prevent DDoS Attacks on Your Website 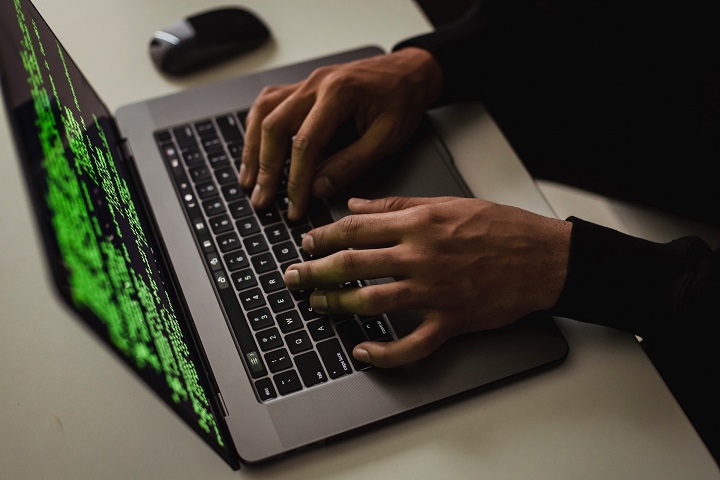 As the world digitizes at unprecedented speeds, so too have cybercriminals stepped up their activities. 2020 was a year of increased Distributed Denial of Service (DDoS) attacks, not just in volume, but complexity as well.

If your website is hit by a DDoS attack, do you know what to do? However, while knowing how to handle a DDoS attack is important, even more so is putting into place elements that can mitigate risk even before that.

What is a DDoS Attack

DDoS attacks on your website are a way of disrupting its regular operations. During a DDoS attack, the attacker will generate loads of requests that simulate the behavior of site visitors. These requests flood your site to the point that your web hosting isn’t able to cope.

Even companies like Google have also experienced such attacks recently, which involved bombarding the company’s internet networks with a flood of traffic.

Once that happens, your website starts to behave sluggishly – page load times will crawl, web pages begin to crash, and in extreme cases, your entire web server will crash.

The reason why these attacks are possible is that attackers generally use multiple points to attack each website. This results in the ability to generate more requests than a website can handle – but there are ways to defend against it.

How to Prevent DDoS Attacks

Being able to prevent a DDoS attack is important to website owners – especially business websites. Each time a website is hit, the operational disruption and recovery can result in significant reputational and financial damage.

Here are some of the ways you can defend against them.

Right at the top of the list of best ways to defend against DDoS attacks is the use of a Content Distribution Network or CDN. These are networks of servers located across large surface areas, often on a global scale.

CDNs have a variety of uses, allowing website owners to deliver web pages faster and more reliably. More importantly, they often integrate DDoS mitigation technologies such as firewalls. The powerful servers on CDNs are also less vulnerable to DDoS attacks.

To use a CDN you simply have to sign up for one and add your website to it. This can be as simple as switching your website Nameservers, as in the case with Cloudflare.

Virtual Private Server (VPS) hosting is powerful, flexible, and most importantly, scalable. The last element mentioned – scalability – is something that can be used as a defensive tool during a DDoS attack.

Scalability in VPS comes due to the fact that you can quickly provision extra resources when needed. Bandwidth, CPU, memory, and more can be adjusted quickly. While this doesn’t help to stop a DDoS attack, having extra resources on hand can buy you some time to carry out other defensive measures during an attack.

Caption: WAFs help sift through requests to see which may be malicious (source: Cloudflare)

Some DDoS attacks try and sneak in other forms of attacks during the noise caused by request floods. For example, one favored tactic is to mix in attacks that target known vulnerabilities in the hope that one succeeds and goes undetected.

Attacks like SQL injection or CSS forgery can be difficult to detect unless you have a Web Application Firewall (WAF) in place that can identify the nature of all requests. WAFs assess everything that tries to pass through and blocks those deemed malicious.

Preventing DDoS attacks isn’t entirely on you as a website owner. In fact, some DDoS attacks aim to hit entire servers, irrespective of the websites that reside on them. Because of this, web hosting service providers often implement their own security measures at the server and network level.

Before signing up for a hosting plan, check to see what measures the host has to prevent DDoS attacks. You will find that different hosts take varying approaches to the topic. Some may not even publish this information.

Ideally, find one which acknowledges the risk of such attacks openly and works with reputable cybersecurity companies to mitigate potential problems.

Given how powerful web hosting has become, there is a tendency of many website owners to run bloated, resource-heavy websites. While this may offer more features to your visitors, running lean can result in having more resources to handle potential DDoS attacks.

A site that is lightweight and efficient can handle larger visitor volumes, making them slightly harder than resource-heavy sites to flood.

By keeping your site updated we’re mainly referring to those of you who may be using web applications. It has become increasingly common to build websites with apps like WordPress or Joomla – which are easy to use and very feature-rich.

The problem is that no web application is perfect and many developers often find security flaws even after their apps are launched. WordPress, for example, is still finding vulnerabilities despite many years in the market.

Each time this happens, developers release patches that help reduce security threats in their applications. However, you need to update yours in order to benefit from these patches. Always ensure that you practice good security habits to ensure that as many loopholes as possible are closed.

We’re only human and not able to monitor our websites 24/7. That’s why it’s important to make use of some tools that can monitor website performance and status. When anything goes wrong, these tools can send alerts to us immediately.

For example, some utilities are able to monitor key server metrics like I/O usage over time. These can be set to send automated alerts if usage limits exceed certain thresholds at any point in time.

By having these safeguards in place, you won’t need to be on your nerves whenever you’re not keeping a close eye on your site.

Always Have a Plan Ready

When a DDoS hits the fan the first tendency is to panic. Don’t. Be prepared and have an action plan ready for incidents that may occur. You don’t need to have one for every possible scenario, but for major events which may have a serious impact on your site – and DDoS attacks are one of them.

Always ensure that you know exactly what to do when one happens. Ideally, build a checklist that will work for you that can cover pre, during, and post DDoS activities. Each of these stages will involve separate possible actions on your part.

DDoS attacks can be incredibly difficult to mitigate against alone. Most individual websites simply won’t have the resources to cope. This can be seen by the sheer potential scope of DDoS attacks, some of which have overwhelmed entire networks of servers.

Thankfully, there are many security services around that can help us defend against them at a shared cost. Still, be aware of the dangers and make sure you’re ready in case of any emergency.

Jason is a technology enthusiast, who has been fascinated about the latest technology especially those related to website building, security and marketing. He is currently associated with WebRevenue as the outreach manager. He is also a fan of SEO and WordPress. You can connect with him via Twitter.