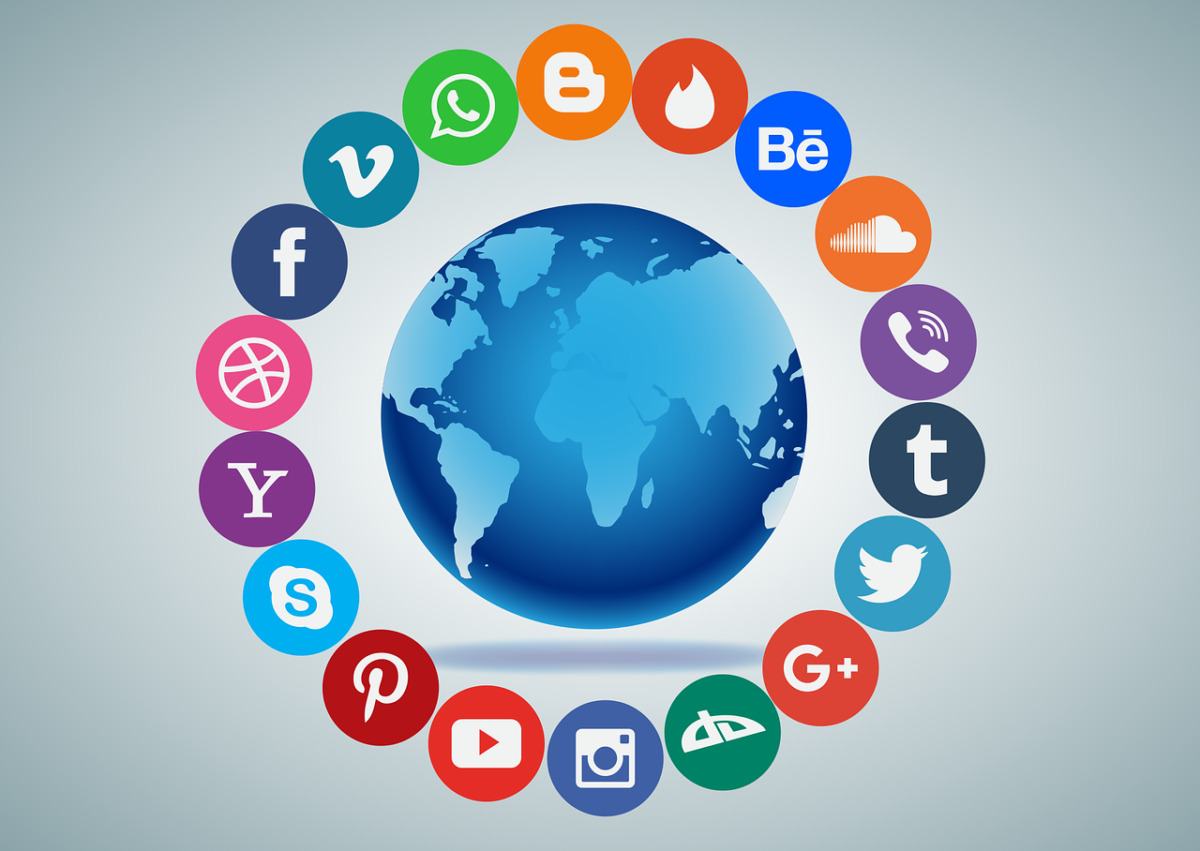 Do you find yourself overwhelmed by the plethora of data produced by platform-native social media analytics?

Can you fathom which part of your video campaign prompted the most engagements?

Social media platforms are built for analytics. Which is great; if you can crunch numbers. But for mere mortals, analysing results can feel a little overwhelming.

So, if you’re looking to measure the impact of your social media marketing campaign, it helps if you have some background knowledge regarding analytics data; giving you a better sense of how video marketing can help generate more business.

In this article, we’re going to explore the principal metrics; translating the jargon so that you can maximise your confidence with analytics tools. Walk into that strategy meeting armed with impact information to help improve engagement for the whole marketing team.

We’ll explore the KPIs that indicate growth, with plenty of advice on how to streamline your CTAs so that you can – at last – differentiate your ROPs from your ROIs and your CTRs from your Impressions.

And if those acronyms mean little to you right now, they will by the end of this article.

What are your KPIs? Starting at the end.

It’s all very well wanting to track the success of your social media marketing campaign, but it’s essential to recognise the metrics that are in line with your aims.
All great marketing campaigns start witha specific marketing goal.
Perhaps you want:

You probably want to increase (or maintain) brand awareness – so identifying the Key Performance Indicators (KPIs) before you start will help you define what you want and how you might set about achieving it.

Perhaps you’re considering using View Count as a metric to recognise the success of your campaign?

But:
Not all social platforms ascertain View Count in the same way.

For example, YouTube clocks a View once the user has stuck with the video for 30 seconds, whereas Facebook records a View after just 3 seconds.

So, View Count alone might not provide a clear indicator of whether the message is being delivered.

Other metrics to use in combination with View Count are:

A user clicking on a link and watching your video is pointless unless they resultantly visited your landing page and signed up to your mailing list (or some similar conversion activity).
But not all engagements are equal.

Everyone knows that engagement is the most critical outcome for any social media marketing campaign. But engagement is still a poor indicator alone – it’s nothing without a conversion. And a conversion should relate to your defined Key Performance Indicator.

So:
What makes an engagement a capable converter?

People often get confused between Impressions and Engagements, but they’re separate metrics which are used to calculate the Engagement Rate.

Impressions are the number of times your post has been seen on a timeline – it’s not a great metric to ascertain the success of a campaign because it doesn’t imply interaction.

An Impression is like an old-school mail-out campaign: you might deliver 1000 flyers for your business, and that means that 1000 flyers land on the mat (1000 impressions).

So, an Impression alone tells you little of the success of your campaign. But it is a significant metric when used in combination with engagement actions, such as video views, shares, Likes, Comments, and site visits.

That’s not to say that Impressions don’t count. Without Impressions, you’re not even in the game.

You can, of course, increase your Impressions by promoting your post.

Promoting a post is relatively inexpensive, and if you’re a marketing department with a budget, you’re more likely to promote a post than to rely on organic impressions.

However:
A sponsored post nearly always states that it’s sponsored. It appears in the timeline as an unsolicited post. And unsolicited posts are often ignored – just like those mail-outs that end up in the recycling.

Promoted posts guarantee more Impressions – of course – but they don’t necessarily equate to more clicks.
Denying the value of the organic Impression could be folly.

Your Facebook Page or Instagram and Twitter followers (if gathered organically) presents a great window of opportunity. You should rely on as many un-sponsored posts as you can.
It’s about being relevant and providing interesting content for your followers.

Because interacting with your audience regularly is essential; it’s why someone followed you, after all.

Increase your organic Impressions by optimising the timing of your posts.

Optimise The Timing of Your Engagements

And that data is at your fingertips. You just need to know where to look.

On Facebook, it’s possible to view the activity trends of your followers throughout the week. Find out when they’re most active and most likely to respond to your marketing content.

You’ll be presented with an interactive graph, determining when your followers are most active. If you hover over each day of the week, you’ll see daily trends, helping you learn the optimum moment to set your marketing post free.

Most significantly, it often confirms when your followers aren’t active: these are the times to avoid posting.

How To Calculate Engagement Rate

In addition to Impressions, you can use Rate Of Play (ROP), View Count, Click-Through Rate (CTR), Page Likes, Page Views, and shares to ascertain the impact of your social media marketing campaign.

Rate Of Play (ROP) – the ROP is the number of plays the video element of your campaign received, divided by the Impressions. ROP is also referred to as Play Rate. You can use ROP to ascertain user engagement with your video thumbnail. You can improve your ROP by ensuring that the thumbnail image is enticing, embodying your Call To Action (CTA).

View Count – the number of times a video has been played as a result of a campaign. However, it’s crucial that understand how each platform defines a view (as explored earlier).

Click-Through Rate – a critical engagement metric of a video marketing campaign (or any campaign for that matter). Your video or campaign content should have a CTA (trying to persuade some kind of action), and CTR represents the success of that CTA. If you aim to increase website visits or for customers to click through to a landing page, your CTR needs to be high.

Social Sharing – this helps increase brand awareness. When one follower shares your marketing content, they’re sharing it with friends and followers; usually of a similar demographic.

Video Conversation Rate (VCR) – the number of prospects, leads, and customers generated from your video marketing campaign. This metric can be difficult to track: most people rely on separate analysis tools such as SocialPilot.co or Google Analytics to calculate VCR.

If you have just two metrics (Impressions (or Reach) and Engagements (actions such as clicks, shares, and comments)), youcalculate the engagement rate by dividing the number of engagements by the number of Impressions. Multiplying that figure by 100 will give you a percentage.

Promoted posts
If you’re paying for a promotional post, your reach (or Impressions) will be greater than your existing number of followers (hopefully).
Your promoted post will reach a combination of existing followers and people who weren’t following you. 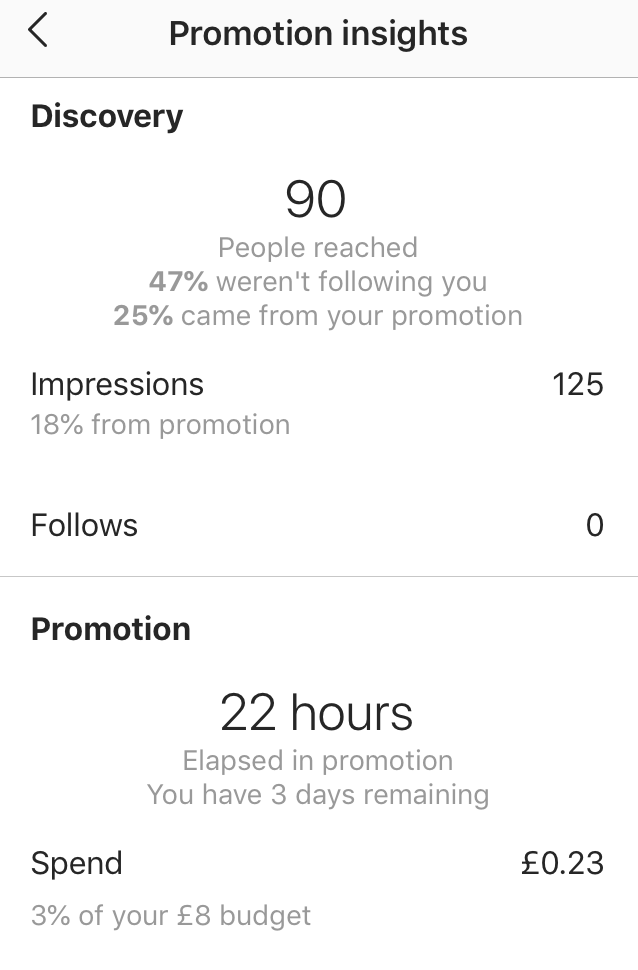 Say what?
A little-known means of measuring the impact of your social media marketing is to install the Facebook Pixel: a piece of code that you install onto your website that will:

The Pixel helps you measure the effectiveness of your advertising campaign, allowing you to understand the actions that people take on your website.

As soon as people hear the words “adding code”, they often cower. But it’s much easier than it sounds and takes very little time.

Monitoring and measuring the impact of your social media marketing campaign can be complicated. But once the jargon is clear, you’ll be able to fathom the valuable data that will help you maximise future campaigns.

There are, of course, native analytics tools for each social platform. Or there are specific social media marketing tools such as Social Pilot that gathers all the information and completes the calculations for you. Whichever you choose, walk into that next marketing agency meeting informed and ready for battle.

Eoin is a the award-winning Film Maker and Creative Director of Kartoffel Films, a video production Agency based in London. With over 22 years’ experience in the sector, Eoin oversees all of Kartoffels’ films from concept through to production. Over the past eight years Kartoffel have produced over 1000 films and animations for the UK and international markets.